Farewell, then, Trad Brick Stadium. The PES staple is gone, replaced by a meticulously detailed recreation of Old Trafford, as part of a partnership of as-yet-undetermined length between Konami and the team series veterans have come to know as Man Red. The publisher euphemistically calls it "a year of significant change for both brands" – though it's obvious why such a deal would appeal for Konami given the size of United's global fanbase, even with the Theatre of Dreams having become something more like the Theatre of False Hopes in recent times. Perhaps, in fact, that's why a partnership is now more viable – Jonas Lygaard, Konami's senior director of brand and business development, refers to a "two-year journey" to ink the deal. Maybe José Mourinho was more of a FIFA man.

Regardless, at an event held at United's Carrington training complex, it's hard not to be impressed when first-teamers Scott McTominay, Victor Lindelöf and Diogo Dalot appear on stage next to holograms of their uncanny in-game likenesses. We see footage of a rig of cameras capturing their faces and bodies from a wide range of angles, while Lindelöf is just one player whose extensive arm tattoos have been rendered in remarkable detail: he seems quietly impressed at how well they've been recreated on his character model as it sways gently beside him. 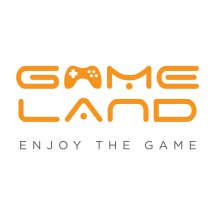