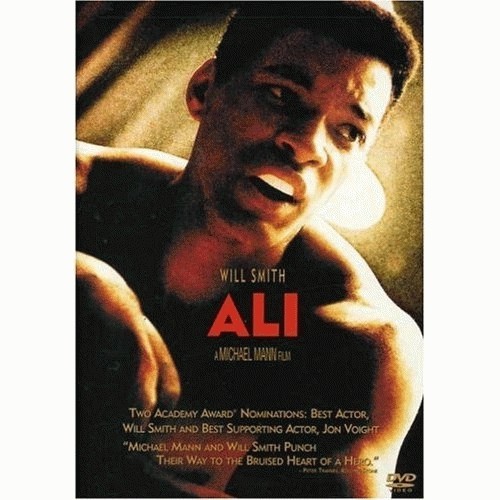 Muhammad Ali from 1964 to 1974, told in three braided threads. The boxer: from becoming champion to regaining the championship. Religion and politics: Cassius Clay becomes a Black Muslim, truncates a friendship with Malcolm X, perhaps is Elijah Muhammad's pawn, refuses induction into the US military, and faces a five year prison sentence while his case goes to the Supreme Court. Family: he marries twice and by 1974 marriage two is strained, defends his white trainer, has a brother in Bundini Brown, and is wily with Howard Cosell. Throughout, Ali keeps his own counsel: in the ring, at the induction center when he won't step forward, and in friendship, love, and victory.