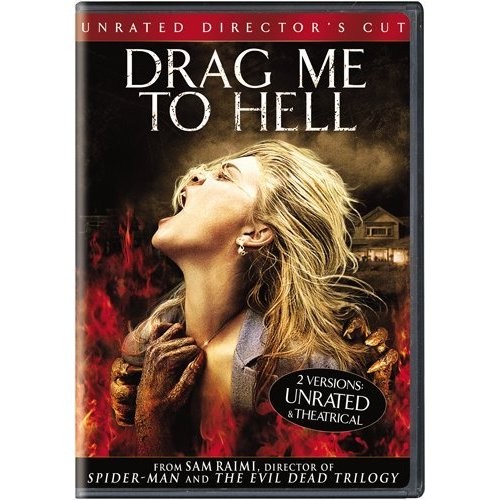 Christine Brown is responsible for loans in a bank and expects to be promoted to the open position of assistant manager after dealing a big contract. However, the new hire Stu Rubin is a collusive coworker that scheming against Christine to be selected by the manager Mr. Jacks to the position. When Mrs. Ganush, an old gypsy with appearance of witch that has been evicted by the bank, requests a third extension of her mortgage, Mr. Jacks tells Christine that it is her call. Christine denies the loan to prove her boss that she can take tough decisions. Mrs. Ganush begs for the loan but Christine shames the woman calling the security. In the night, Christine is stalked by Mrs. Ganush in the parking lot and they struggle. Out of the blue, Mrs, Ganush removes a button from Christine's coat, curses it, returns the button to her and vanishes. Later, while going home with her psychologist boy-friend Clay Dalton, they pass by the fortune teller Rham Jas, and Christine decides to consult him. He advises her that Christine has the fiend Lamia, the Black Goat, upon her. When Christine is haunted by the dark spirit during the night, at home, she tries to fix the situation releasing the loan of Mrs. Ganush.