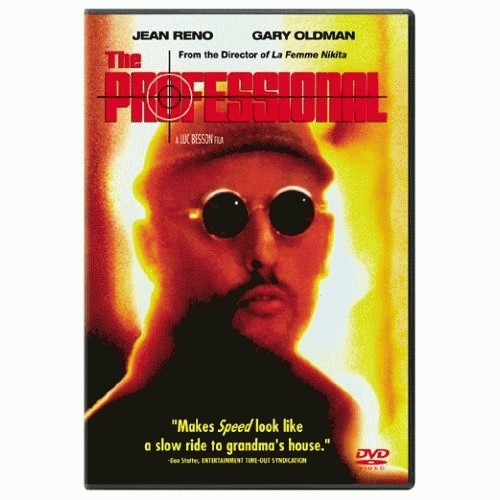 Mathilda, a twelve-year old New York girl, is living an undesirable life among her half-family. Her father stores drugs for two-faced cop Norman Stansfield. Only her little brother keeps Mathilda from breaking apart. One day, Stansfield and his team take cruel revenge on her father for stretching the drugs a little, thus killing the whole family. Only Mathilda, who was out shopping, survives by finding shelter in Leon's apartment in the moment of highest need. Soon, she finds out about the strange neighbour's unusual profession - killing - and desperately seeks his help in taking revenge for her little brother. Leon, who is completely unexperienced in fatherly tasks, and in friendships, does his best to keep Mathilda out of trouble - unsuccessfully. Now, the conflict between a killer, who slowly discovers his abilities to live, to feel, to love and a corrupt police officer, who does anything in his might to get rid of an eye witness, arises to unmeasurable proportions - all for the sake of a little twelve-year old girl, who has nearly nothing to lose.