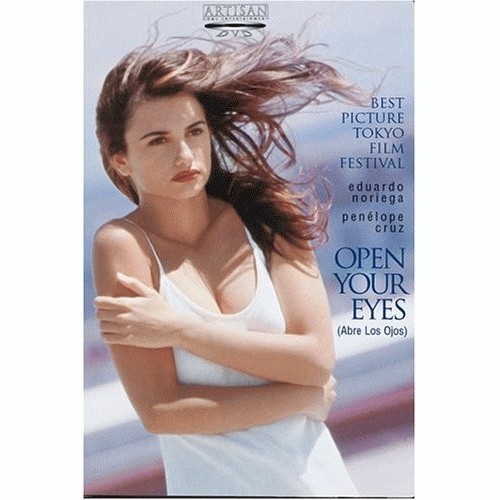 An imprisoned man hides his face behind a mask is telling his story, as a flashback, to a psychiatrist: his name is Cesar, he is an orphan but he had inherited a fortune from his parents, and he used to live in a luxurious house of his his own. He was also very handsome and a renowned womanizer. His best friend, Pelayo, was jealous of Cesar because he was not very successful with women. But one night, Pelayo showed up in one of Cesar's parties with a beautiful woman named Sofia. When Cesar met her and talked to her for a while, he began to feel something he had never felt before: love. And, although she was supposed to be Pelayo's girlfriend, he tried to woo her, spending that night at her home. But Nuria, with whom Cesar had his last affair, was very jealous; she went to pick him up in her car the next morning, and committed suicide by crashing into a wall. Cesar survived the crash, but his face was hideously disfigured, his handsome looks gone. Doctors said they couldn't help him. He was very depressed and still in love with Sofia. One night he went out with her and Pelayo, and he felt that they were very uncomfortable with his presence. But the morning after, his luck seemed to change completely: Sofia came to him, saying that it was he whom she really loved, and the doctors called him and told him that, with a revolutionary new technique, they could rebuild his face, which they did. Cesar was happier than ever, but that's when the really strange and scary things started to happen...and Cesar found out that the real nightmare had only just began for him....