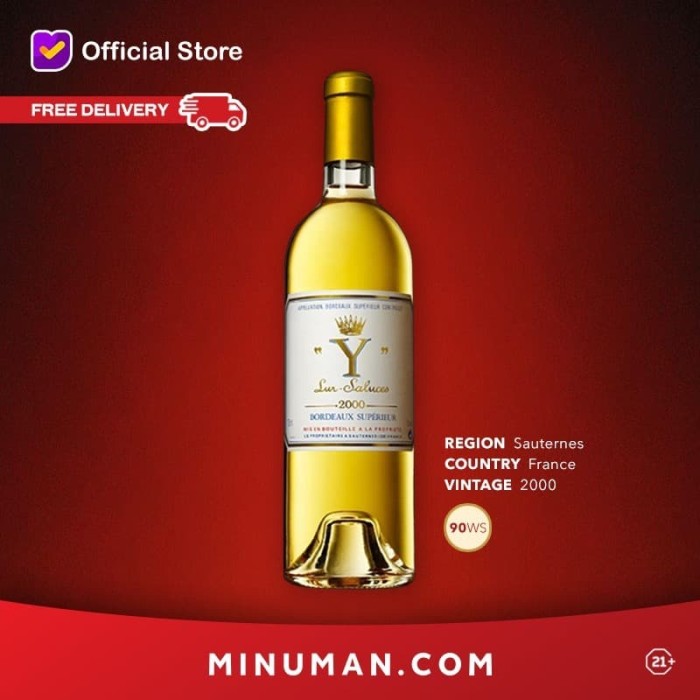 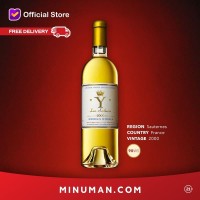 ‘Y’ 2000 750ml
Y (pronounced "ee-grek" in French) is a rare wine. It is made from the same outstanding terroir and the same vines as Château d'Yquem. Y was formerly made at the end of the harvest, with the last bunches left on the vines. These grapes, affected to varying degrees by Botrytis cinerea, but never with more than 15% potential alcohol, resulted in a very unusual wine. This explains why it has always been produced in small quantities and on an irregular basis since 1959.
Y changed starting in 1996, but without compromising its unique character, to be more in tune with the times by displaying the qualities of freshness and crispness – essential for a modern great white wine. Y is a wine in its own right that has succeeded in emancipating itself from Yquem. Y is sometimes elusive and unable to be classified, it is not rare for people to find it somewhat reminiscent of Alsace or Burgundy.
The 2000 vintage will long be remembered for above-average temperatures. The perfect ripeness of the very early-maturing Sauvignon Blanc in 2000 meant that we could pick a few bunches as early as the 12th and 13th of September. However, as of the 13th, we were able to create a more usual balance with the slightly less opulent Sémillon.
Priorities were focused on Yquem in the following weeks, so it was only on the 5th of October, between the first and second passes to harvest Sauternes, that we could begin to pick grapes for Y again. This was because an even degree of ripeness in both grape varieties had been achieved in late-maturing plots with clay soil.

In order to purchase alcoholic beverages, you must be at least 21 years of age. There will be ID verification process through ID card submission after transaction is completed. 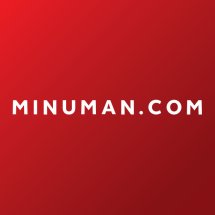