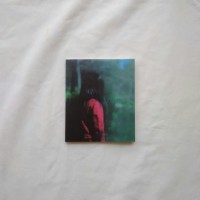 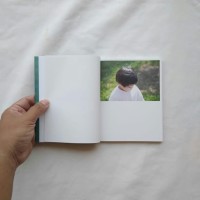 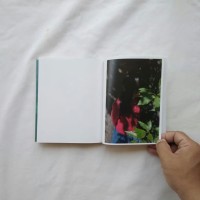 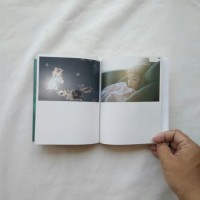 Rinko Kawauchi - When I Was Seven, Buku Foto Photobook

Deskripsi Rinko Kawauchi - When I Was Seven, Buku Foto Photobook

For Rinko Kawauchi’s newest publication, the photographer brings us a newly-photographed series commemorating the 40th anniversary of the iconic fashion piece, the “cardigan pression” – a signature of the globally-renowned fashion brand Agnés b. Kawauchi has composed the work in two parts – in the first half, she trains her lens on her own daughter; in the second, the photographer delves into reminiscence of her own life 40 years ago at seven years old. Within the collection, we see a story – at times serene, at times dynamic – born from an intermingling of the past and future across one woman’s precious 40 years.

“…Close to 30 years later, I dressed my daughter in one of the cardigans and took pictures of her in it. It was a profound moment, while at the same time, I felt as if the me of back then had been left behind […] I felt the urge to tell my stifled childhood self this: In 40 years, you will be enjoying life with your daughter. And though it took time to get to this point, it was all worth living for.” Rinko Kawauchi

Rinko Kawauchi - When I Was Seven, Buku Foto Photobook