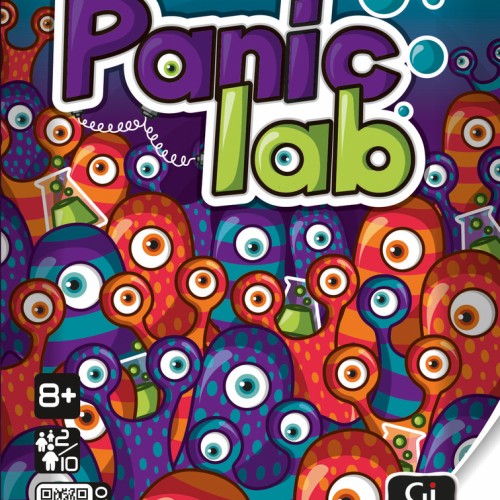 rating 5 (20 ulasan)
•
Diskusi (2)
Rp185.000
Detail
Amoebas have escaped and are slithering around in all directions! Catch them fast!

In Panic Lab, the player-scientists have their hands full trying to figure out which amoeba to catch and where it might have oozed off to. To set up the game, shuffle the 25 cards, then lay them out in a circle.

At the start of a round, one player rolls four special dice which indicate the color, shape and pattern of the amoeba being sought as well as the color of the lab it left and in which direction it was traveling. Competing at the same time, players need to find the lab, then move in the right direction to spot the amoeba (which may, of course, be striped and not spotted).

But wait! If you encounter a vent after leaving the lab, you need to skip to the next vent in the circle before continuing your search. (Amoebas prefer to travel in the dark when possible.) Plus, if an amoeba passes through one of three mutation devices in the circle, you need to alter the criteria for your search, looking for a tentacled amoeba instead of one with a tail, for example, or an orange/red amoeba instead of a blue/purple one. Zap!